Home > About the SAVI Enterprise

“SAVI” is an anagram for Sara and Victor Fonda, who founded the SAVI project in Israel more than 30 years ago and “Recycling is Fun”, the successor of “SAVI” in 2010. On retiring Sara, entered the world of social entrepreneurship.

Her vast business skills provided her with the ability to direct her talents to the social sector and register SAVI in Israel in 1982 as a not-for-profit organization. The major role of this Foundation in Israel was to provide raw and cut handicraft material to day care and residential centers for the aged, rehabilitation and crisis centers and the housebound elderly, on a national level in Israel. The Israeli branch operated in the city of Netanya in two bomb shelters, provided by the local council. A retiree was employed to oversee the local operation, which became well known among not-for-profits and welfare organizations, serving over 800 centers.
On the other side of the globe, in Australia, Sara created “Craft is Fun” in 1996, a not-for-profit center which aimed to enhance the quality of life through creative craft activities. The Australian headquarters was operated by a group of local dedicated volunteers, with Sara at the helm. In March 2003, due to the threat of war with Iraq and the consequent demand by the local Netanya municipality to vacate the two bomb shelters, Sara was faced with the decision to close down the Israeli branch. She then opted to pass on the entire content of handicraft materials from the Netanya division, to the CLICK not-for-profit in Hod Hasharon Israel. CLICK’S Executive Director Dr Linda Mosek undertook to further continue the equivalent of the operation in the city of Hod Hasharon. In addition as of June 2003, due to personal reasons, Sara chose to close the head office in Australia, and transfer all its contents to CLICK’S director, including a cutting machine, and a large assortment of materials in consecutive consignments. The first of three shipments arrived in August 2003.
The SAVI Foundation now functions entirely in Israel. It is supported by the Fonda Family, Pratt Family Foundation and the Orion Foundation from Australia, and the myisrael fund from England.
CLICK’S director pledged to maintain the name “SAVI” as the title of the project, and fulfill the founders’ dream and vision in the land of Israel. The ultimate goal of SAVI today is to help seniors feel productive and fulfilled in life, while at the same time giving them the opportunity to improve their financial position and become more financially independent. SAVI employs nearly 80 senior citizens at its headquarters and five outsourcing centers. The five outsourcing centers are located at CLICK’S day centers and community centers, so that the elderly at those locations have the opportunity to earn extra income and contribute to the SAVI venture as well.
Today SAVI manufactures and sells craft kits, gifts, and ready-made handicraft products. SAVI’S customer base for the products comes from a broad spectrum. For example, schools and summer camps purchase the craft kits and craft raw materials for workshops for children, while businesses, government offices, and high-tech companies order holiday gifts for their employees. In addition, SAVI organizes private workshops where various groups will work together with the elderly workers in order to produce a certain handicraft. That group then decides where they can donate the finished products, be it a hospital, children’s home, or nursing home. It is common for companies to participate in such workshops in the framework of a staff development or team building exercise. 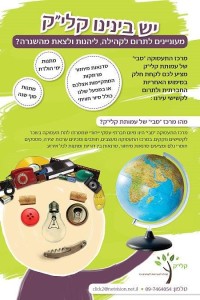 About the SAVI Enterprise 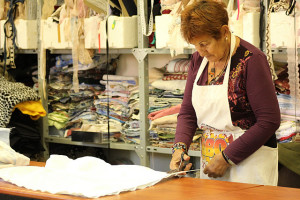 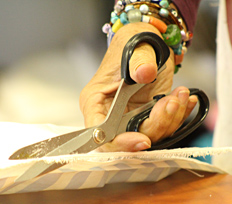